We live in the era of factory farming, also referred to as ‘industrial’ or ‘intensive’ farming, characterized by high production volumes and a focus on cost minimization. Our new report lays bare some of the most damaging animal and human health impacts linked to factory farming, and how these will only get worse as the demand for meat continues to grow globally, especially in developing economies like Africa.

World Animal Protection’s latest report, The Hidden Health Impacts of Industrial Livestock Systems, unveils the true hidden health impacts and costs of industrial livestock systems, which damage human, animal, and planetary health through five interconnected pathways of impact. It further exposes how governments around the world are turning a blind eye to the public health toll of factory farming, as well as the suffering of billions of farmed animals.

This skyrocketing demand sees billions of stressed animals mutilated and confined to cramped and barren cages or pens for their whole lives. Over seventy percent of the 80 billion land animals farmed globally are raised and slaughtered within cruel factory farming systems each year.

As demand for meat and dairy grows, factory farming will continue its stranglehold on our food system and health impacts will worsen. The research is based on high-level stakeholder interviews, desk-based research and builds on the concept of pathways “through which food systems negatively affect our health”, outlined by the World Health Organization. We detail how these negative health impacts are directly linked to factory farming through interconnected pathways of impact, namely:

Three-quarters of the world’s antibiotics are used in farmed animals, either to prevent them getting sick, promote fast growth or treat disease – a practice driving the emergence of superbugs (antimicrobial resistant bacteria), which leaves us less able to fight infections. New research has found that 1.27 million people die each year from superbugs, and it is estimated that by 2050 this will be the leading cause of death globally. On top of this threat, factory farms squash stressed animals into tightly packed sheds, risking disease like swine flu or bird flu that can jump to humans. 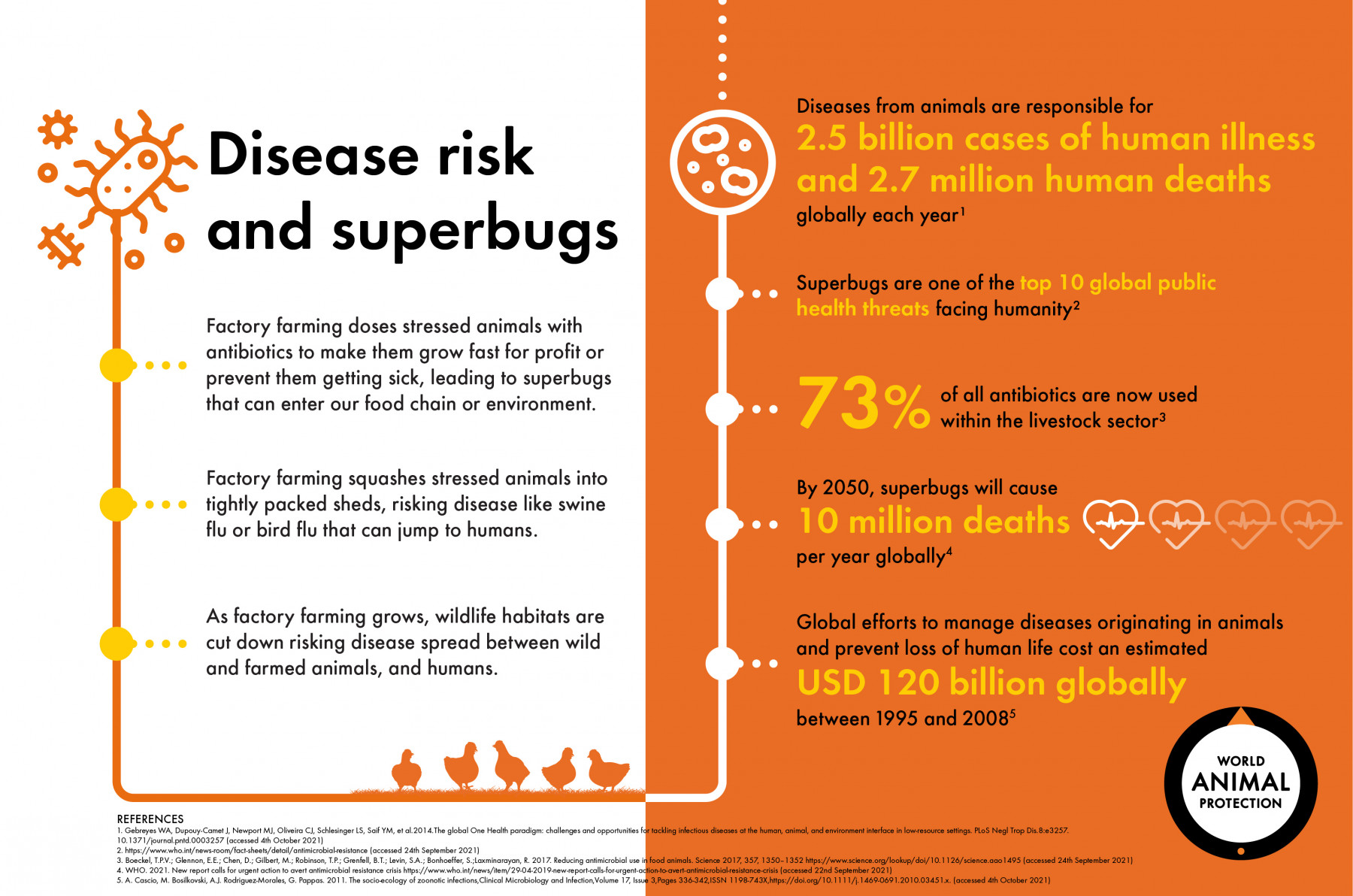 Cruel factory farming induces immense stress in animals, leaving them prone to bacteria or parasites that can cause foodborne illness in people, such as Salmonella. An estimated 35% of all foodborne diseases globally are linked to meat, dairy or eggs, which is costing lower income countries billions in USD each year in lost productivity and medical expenses. 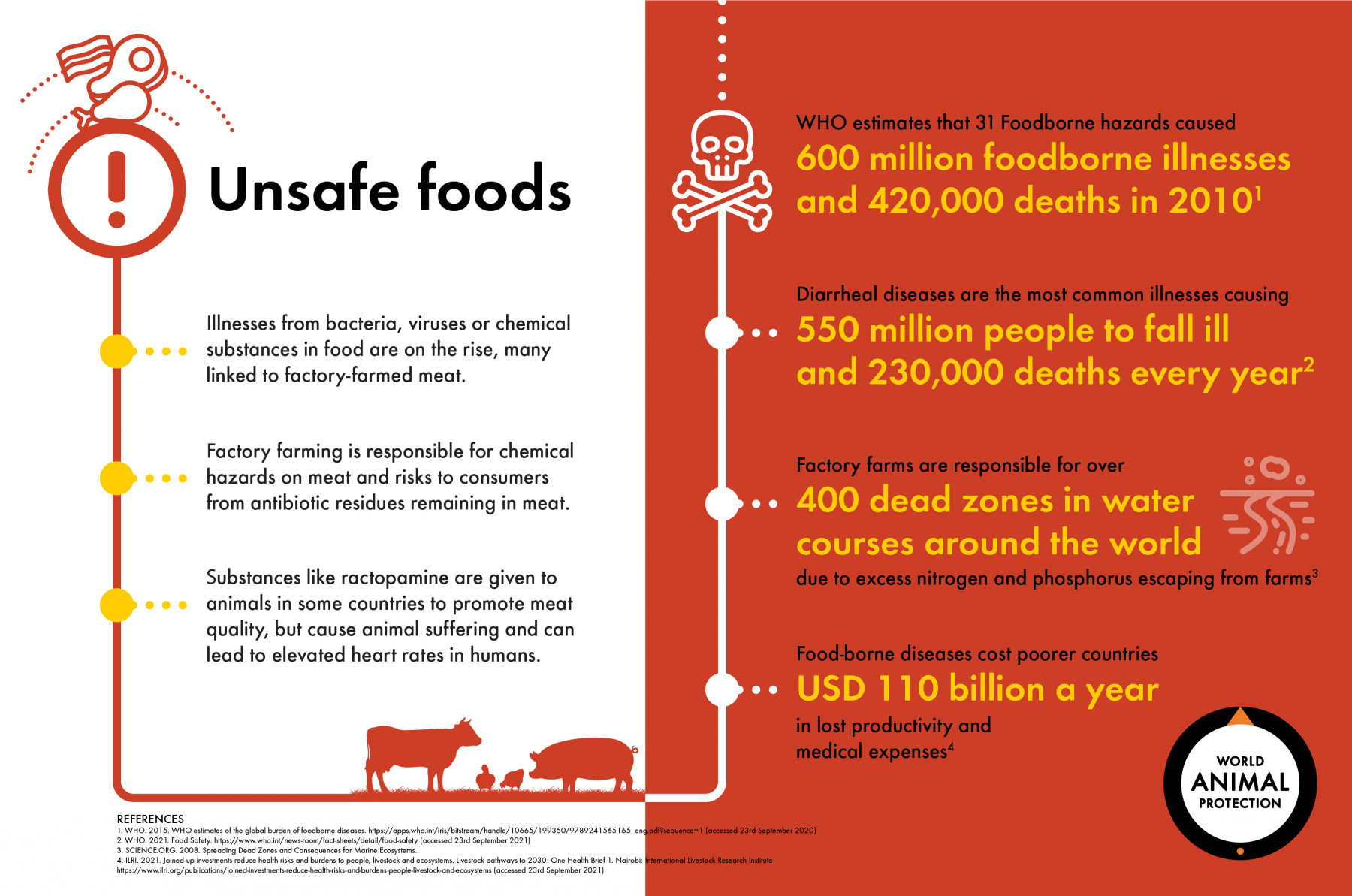 Factory farming produces large amounts of animal waste that pollutes our air with roughly 400 different harmful gases. Heavy metals like zinc are added to factory farmed animals’ diets and are excreted, contaminating waterways. This heavy metal contamination of food causes one million illnesses each year. Pesticides also contaminate our waterways, and more pesticides go to crops destined to feed animals suffering on factory farms than anywhere else. These impacts of air and water pollution are felt most by those living close to factory farms or animal feed production. 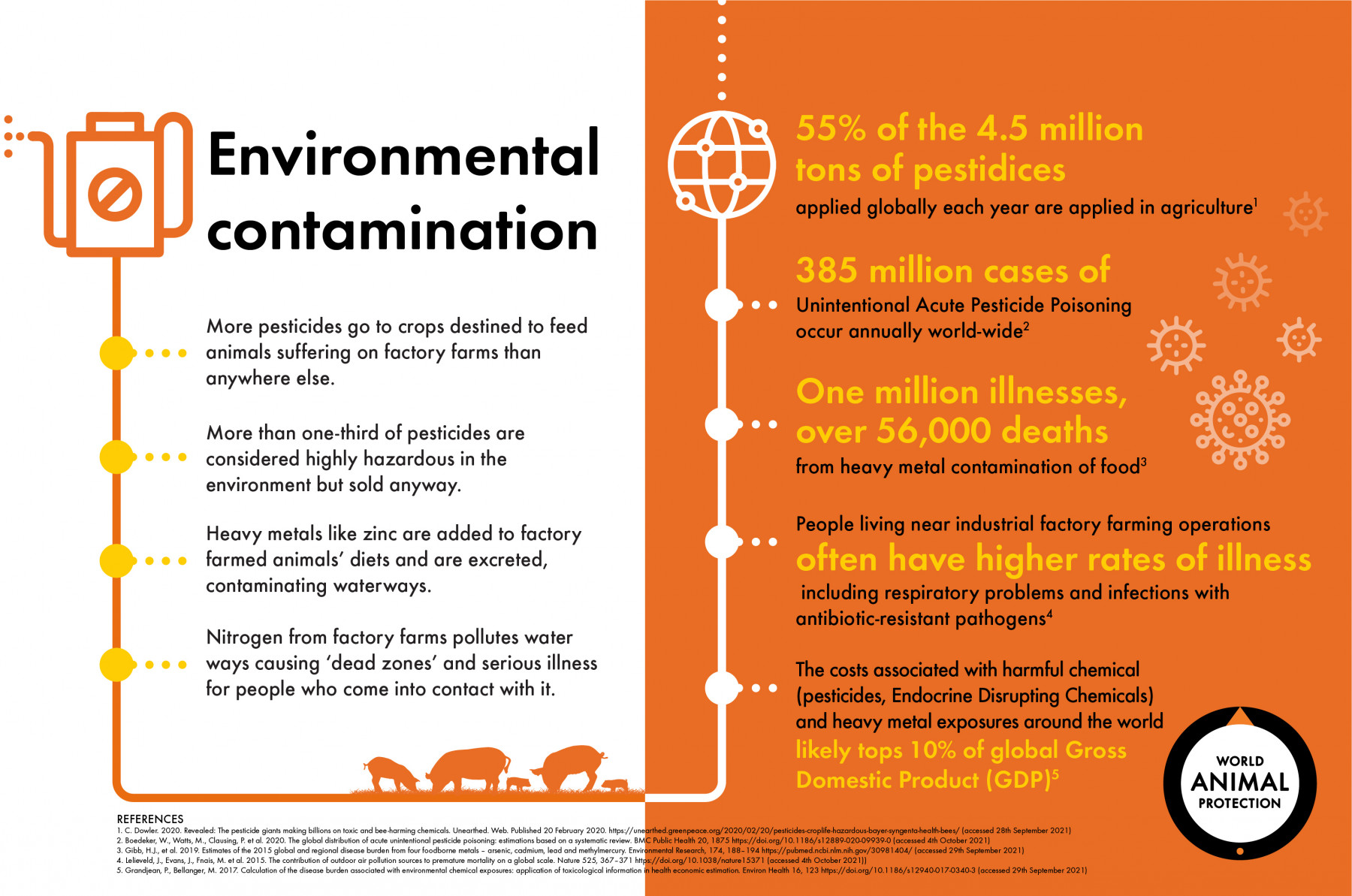 “Now is the time for governments to focus on better health outcomes for people, animals and the planet. The food industry needs to embrace a humane and sustainable future where we consume predominantly plant-based diets, and farmed animals are kept in genuinely high welfare systems where they can have good lives.

Systemic shifts are needed to deliver the biggest health gains for our population. Some of those include re-orientating subsidies away from factory farming towards humane and sustainable practices, supporting efforts to significantly reduce meat and dairy production and consumption in countries with high average per person consumption, improving affordability of plant-based foods, and providing transition support for farmers no longer wishing to engage in factory farming. 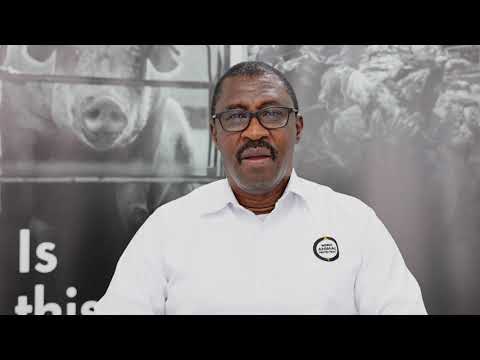 In order to make these shifts, World Animal Protection is calling for governments around the world to impose a moratorium on factory farms and introduce and enforce higher farmed animal welfare standards. 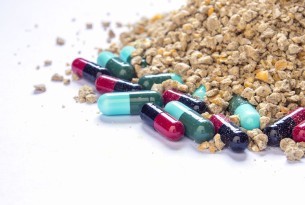 Factory farming (also known as intensive/industrial animal agriculture) is the cornerstone of a dangerous industrial food system that profits from the...