In the wild, a lion can live up to 15 years, living within prides and fending for itself. During this period, they are free to exude their natural behaviour and enjoy the expansive wild territories.

The active trade of lion products has brought nothing but pain and suffering to these intelligent animals. A life in a breeding farm is no life at all and their killing is an injustice to life itself.

Today being lion day, the future for the African lion looks grim. Between 8000 - 12000 lions are being kept in captivity within South Africa. Between 1993 and 2014, the lion populations decreased by 43 % and if nothing is done, these majestic animals could go extinct by 2050.

The reality behind breeding farms

Every day, hundreds of lions are captured and kept in breeding facilities. These are individually owned entities aimed at maximising profit. Their management practices are highly stressful for the lions. According to our report, 'trading cruelty,' there’s a complete disregard for their health and for their most basic needs such as a balanced die with the worst being an inbreeding culture. Mostly, they are kept in small cages with barren floors which is a far cry from their natural habitats.

At first, they’re taken in as cubs, to entertain tourists on holiday through the selfie culture and petting. This early separation from their mothers causes them immense stress

To be able to gain the most out of them, breeding facilities break their wild spirit through painful training. By the time, tourists are using them for entertainment, they have been socialized to accept human touch which was once an unnatural thing for them. 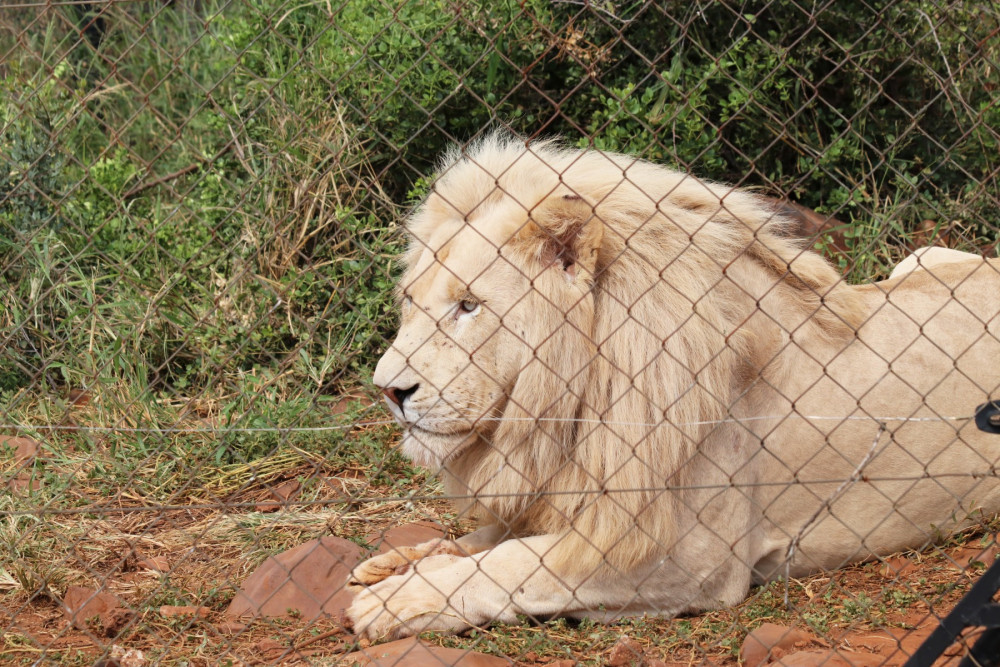 A lion at a renowned venue in South Africa offering guided tours of enclosures, as well as petting and interaction with animals.

On growing up, things get worse, they are used in trophy hunting and their bones traded to supply the traditional medicine industry. South Africa is one of the largest exporters of lions’ products. Between 2008 – 2016, 70 metric tonnes were exported from the market.

Currently, the trade of lion products is legal under the Convention of International Trade of Endangered Species which has encouraged countries like South Africa to actively partake in. Unfortunately, this has become extreme with an increase in export quota to 1500 carcasses in 2018. This was however fought off by animal welfare organisation and they promised to bring it down to 800.

China is the biggest market for lion bones where it is believed that medicine extracted from it cures diseases and provides great herbal alternatives. This is however not scientifically proven and unfortunately keeps decimating lion numbers in the wild.

Today we're having a live twiter chat in partnership with Blood Lions. Join the conversation at 4:00pm - 5:00pm East African Time on our twitter handle through the hashtag #WorldLionDay #800lions to learn more.

Whether legal or legal, lion trade should stop

The active trade of lion products has brought nothing but pain and suffering to these intelligent animals. A life in a breeding farm is no life at all and their killing is an injustice to life itself.

We’re dedicated to keeping wild animals in the wild – where they belong. Starting from today, World Lion Day, we are building a movement to protect wild animals.

Please sign up to our ongoing petition asking G20 leaders to put a permanent ban on wildlife trade. 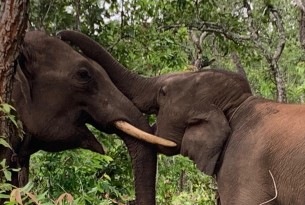 The world’s biggest land mammals, elephants are known to wander the world in Africa and Asia. These five facts about elephants will help you learn more about...