Of the more than 70 billion animals farmed annually, 50 billion of them spend their lives on factory farms. They endure short, miserable lives in conditions so horrible they are often prevented from engaging in natural behaviors such as dust bathing, raising their offspring, or even lying down comfortably. So, what are factory farms and why do they need to end? 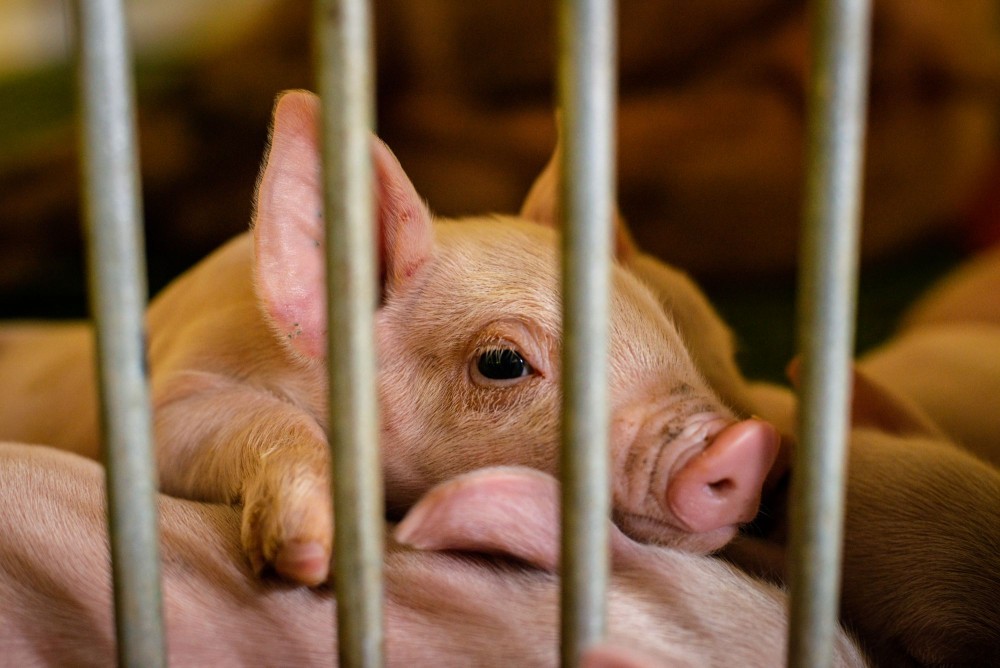 Factory farming, or “intensive animal farming”, is the modern system in which animals are most often raised for food in Africa and around the world. Sometimes called, “Industry Livestock Operations” (ILOs) or “concentrated animal feeding operations (CAFOs),” these industrial facilities are characterized by raising large numbers of animals, mostly indoors, in conditions intended to maximize production at minimal cost.

Factory farming systems confine and crowd animals so they have little room to move, and manipulate them through feeding and breeding for maximum growth at the expense of their welfare. They also subject animals to painful procedures, often times without pain relief, and limit animals’ ability to engage in social interactions and behaviours important to them. 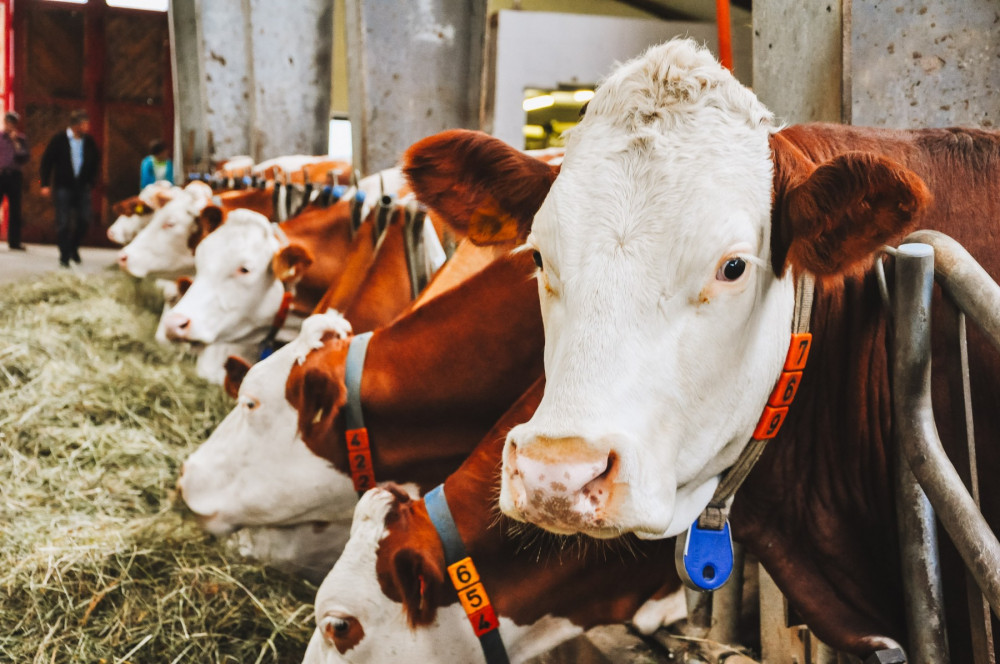 Sadly, most farmed animals globally are raised in intensive conditions, and many of these farms are family-owned. A ‘factory-farm’ is defined by the systems used to keep and raise animals, not by its size or who owns the farm, though many farms are owned by large corporations and contain hundreds of animals in one barn. 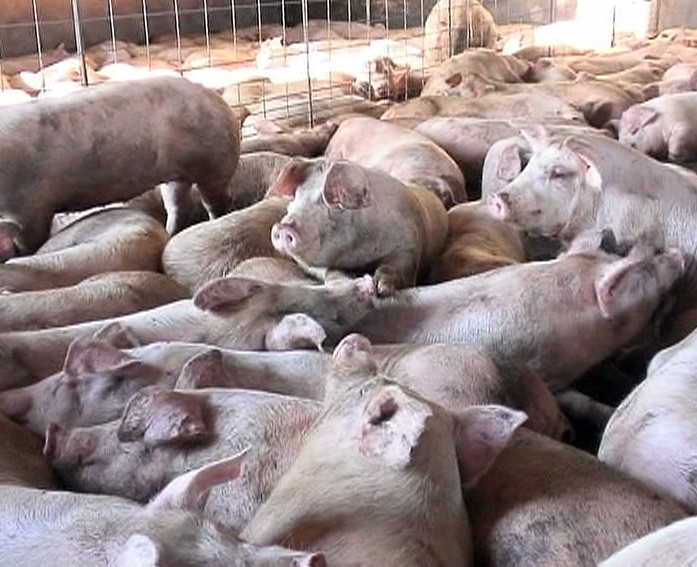 Intensive animal agriculture is responsible for the suffering of billions of animals worldwide. Millions of animals live their lives in cages so small they cannot turn around, lie down comfortably or perform natural behaviours.

Female breeding pigs are confined in sow stalls, cages barely larger than their bodies. These highly intelligent, social beings cannot root and forage, or socialize, and are forced to lie on damp concrete flooring, confined to a metal cage, for months on end.

These barren, cruel conditions lead to mental suffering, and animals are at higher risk of illness, and many develop muscle  atrophy, or lameness.

What is living like for an animal on a factory farm? 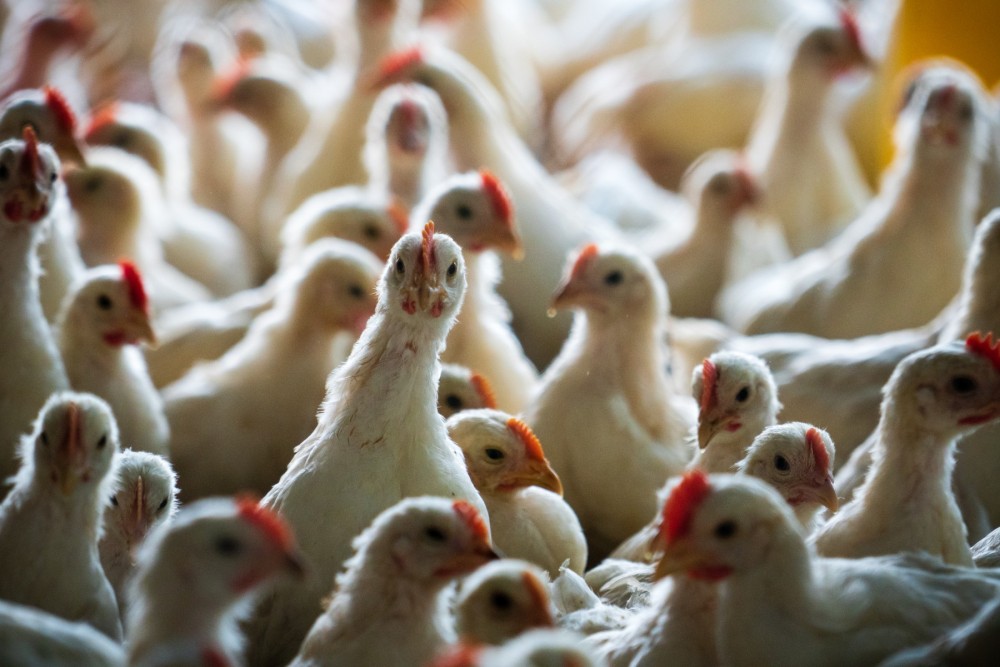 One of the worst examples of farm animal suffering is the modern ‘broiler’ chicken (chickens raised for meat). These animals have been bred for such large and fast growth that they reach slaughter weight at a mere 40 days of age. Chickens on industrial farms suffer skin wounds, painful lameness, and overworked hearts and lungs before being slaughtered for food.

Additionally, farmed animals used for food often endure painful mutilations without the use of anesthesia. Piglets have their tails and teeth cut to keep them from harming one another in their compact quarters. Cows are dehorned and some beef cows are still branded!

Because animals are crowded and stressed, they are given a low dose of antibiotics to help combat illnesses. More than 70 percent of all medically important antibiotics in the country are sold for use in animals. Their routine use in farmed animals leads to antibiotic-resistant bacteria, also known as superbugs, that can be passed on to people.

How can we end factory farming? 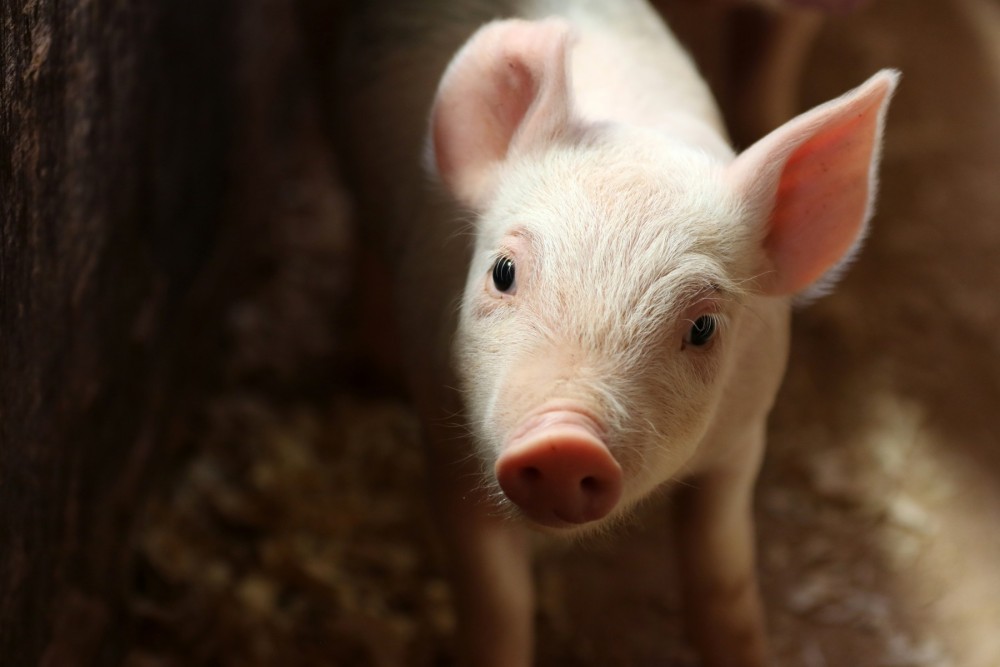 By purchasing meat from higher welfare farms when we choose to consume animal products, we can help end the intense confinement and cruel conditions inherent in the industrial farming system. Shifting to more sustainable and kinder practices has the potential to put an end to many of the cruel practices farmed animals face today.

Join World Animal Protection in protecting farmed animals by joining our movement. And when you do buy animal products, look for products from high welfare farms. 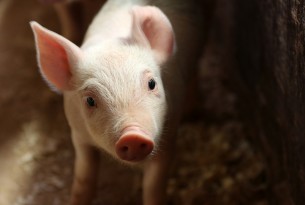 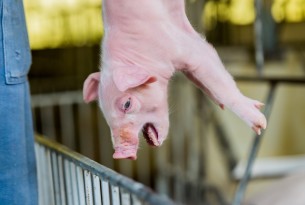 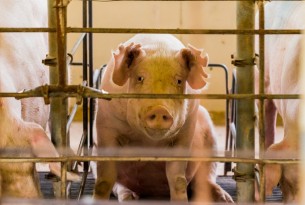 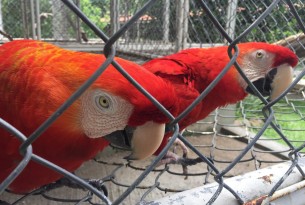 There are a lot of misconceptions about pigs, but these ten facts will help you see them differently.